I met my husband when I was fifteen-years-old. Granted, I was dating one of his best friends at the time, but I have to admit I kind of wished I was dating him. He was dating a big-breasted blonde girl who I thought wasn't his intellectual equal (ha). We didn't go to the same high school, so I only saw him occasionally, but I always remember thinking he was so....bright. As in, shining and hard to look away from. So cute, funny, smart, and just his own person. Then, a few years later, at the end of my junior year my by-then-ex-boyfriend-who-was-hoping-to-hook-back-up-with-me (figure that one out), brought my husband along to a party I was having (yes, housesitting is awesome when you're in high school). Needless to say, I didn't hook back up with my ex, and my current-husband and I became inseparable. Actually, inseparable to a bit of a freakish level. We dropped most of our friends other than each other and I actually transferred to his high school for my senior year. I mean, I made a good case for transferring for the AP courses, etc, but who was I fooling?

Then we went away to separate colleges, a physical separation (but we stayed together in the relationship) which lasted exactly two years, until he ended up moving in to live with me my junior year. We got married after my first year of graduate school. We were 23. At the time, I felt like we had been together forever (which we kinda had), so I didn't really feel like it was that young to get married. Looking back I cannot believe we got married so young.

Less than a year later we almost split up. I'm not sure how much I want to share about it here, but I'll just say that my husband made some really, really terrible decisions. But I played my part in that. For the first two years of graduate school I walked around in a fog, not even realizing how depressed I was, and gave all that I had to give to my graduate program. There was literally nothing left to give to my new husband. We just lived in the same house. That's about it. After we got back together (again, spent a year physically separated in two different states, but stayed together), our relationship is now one of the strongest relationships I know. We still are so attracted to each other for the same reasons we got married - best friends, funny, smart, same interests, love to be together, etc, etc, etc - but we are also equipped with amazing tools to get through hard times and listen and SEE each other. I am 100% proud of my relationship. I think the work it took to get through what we got through was just as hard as finally getting my Ph.D.

Annnnnyhow, fast forward to today. My first trimester of pregnancy. Uh oh. Am I back in graduate school? I am in a fog again. I have nothing to give. Interesting conversations? Yeah right? Companionship? Sure, lie next to me on this bed and listen to me moan. Sex? Hahahahahah.

It brought up fears for me. I tried not to turn into a clingy person, as in "It's ok, you still love me right?" But to my surprise, it just hasn't been the same. We didn't go back to that sad, sad place. Instead, we're different people. We have a different view of our relationship. And this goal, rather than my PhD-goal, is something we both want and are willing to sacrifice for. (God, I love him.)

So the other night, for the first time in a very long time, we did something we used to do on a weekly basis. We went out to a wonderful dinner and ate amazing food and had REAL conversation. He surprised me with reservations at Gjelina , where I've been wanting to go for a long time but we've never gotten around to it. I have to admit, I was doubtful. I wasn't sure if I could stay awake, if I could eat the food, or if I could even taste the food. But it was great. I made it all the way to dessert before starting falling asleep into my Butterscotch Pot de Creme. The best part was when he looked at me and said, "I feel like I have my wife back!" Oh, and remember my laughter about shortage of sex? Well, let's just say it ended up being a good night.

Among other things, we talked about what having a baby will do to our relationship. It's scary really. Because I really, really love US. The two of us. So much so that I have trouble keeping close relationships with my female friends because he is just so much my best friend. And so, inviting another person into our dyad is scary. We talked about commitments to making time for the two of us, for taking trips just the two of us and not feeling guilty about leaving the kids with their grandparents, and we talked about still being interesting individuals that are attractive to the other person and not just being parents.

We talked about our parents as role models (or actually, the opposite of role models) for this. His parents had kids at 18-years-old and dedicated everything to their kids. But never really had time to figure out who they wanted to be. My parents were amazing at being united and loving being parents together. We were an amazing family, with fun trips, great family meals, lots of dreams and laughter. But then, my parents got a divorce when I was 18. They just never built enough time into being a couple.

And so? The conclusion? No fucking idea. But I feel like we can handle it. We've been through hell and back in the last 14 years and we came out with a lot of skills and understanding. In the end, I told my husband, "Well, look at what's happening with our dog. He is a lot of work. He is a 120-lb dog in Los Angeles, who has chronic health issues, who makes it hard for us to go on vacations, and who can be whiny and needy. But we are still happily spending thousands of dollars to treat his (newest) health problem, because we can't imagine our family without him. Take that feeling and multiple it by one million." I guess that means I feel okay about adding another person into our dyad.

I'm just planning on going into it armed with our hard-earned toolkit. 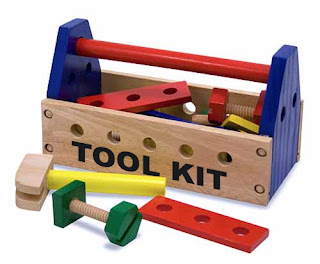