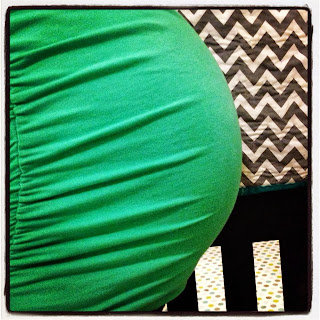 Well, this morning was interesting. I woke up feeling like my head was about to explode. My nose was running, my eyes were tearing up, I was coughing, sneezing, and there was a vise on my head. For the past few months I've been waking up early, feeling alert and awake. Today I couldn't drag myself out of bed. I felt like I was filled with sawdust. When I did finally get up, I felt dizzy and like I was going to throw up. I had no idea what was going on. So, I drug myself to the kitchen and made myself a bowl two bowls of noodles with butter and salt. Then I downed an entire Nalgene bottle of ice water. And then? I felt better. And then I realized....ohhhh, this is what the first trimester was like! Damn.

I'm 38 weeks as of today. After this morning googling "cold symptoms labor signs" and reading random forum postings where women try to connect their snotty noses to impending labor, I realized, oh shit, this is symptom spotting all over again. This is a Two Week Wait (potentially Four Week Wait) to my due date. So now, I'm sitting here, feeling better, munching on candy corn, with a renewed resolution to not symptom-spot my baby out of my body. I'm still very much enjoying being pregnant and am not in a hurry for him to get here.

So. On to the real purpose of this post - Childcare. We have been pretty wishy-washy about looking for childcare options. Part of that has been due to our "possible plans" to relocate in the Spring, meaning we wouldn't need childcare in LA at all, because we could move right when I'm supposed to finish my maternity leave. Part of that has been me being consumed by other all-important things, like buying pretty swaddle wraps and finding the perfect mobile. So, during our wishy-washy-ness, my chance to put baby on the extremely long waitlist for our highly-ranked, extremely well-reviewed daycare at my hospital has gone out the window. I mean, the waitlist is so long they tell you to put your baby on the list when you start trying to get pregnant.

I think part of the reason I wasn't more gung-ho is I didn't know how I felt about infant daycares. Now, I have worked in many daycares and just as many preschools in my lifetime and I am a strong advocate of putting your child in a group setting for at least a few days a week because I think the experience is irreplaceable. But. For an infant? My protective vibes kick in. Not sure how I feel about it. Even though my logic argues with me about all of the wonderful benefits...I'm just not sure.

So that leaves us with a nanny. Downsides to a nanny? Trust and cost. Nannys are a privilege. An expensive privilege. And you need to find someone that you trust implicitly. The nice thing about a daycare is that there are regulations, multiple caregivers, multiple parents reviewing the setting at all times. With a nanny? You better hope you made the right choice. Also, I realized you can't really find a nanny months in advance. Most of them are looking for a job right away, because well, it's their living. So I had put the childcare question on the back burner for a while, purposefully avoiding it.

Then B comes home from work and says, "I think I found us a nanny!" Huh?? Apparently, a guy that he knows through work (just a random acquaintance) is having a baby a month after us and has found the "perfect nanny." And they were looking for a nanny-share. Now, from what I've read, a nanny-share is the best of both worlds. You get a nanny for a reduced price, your child gets to socialize with another baby, and you have two sets of parents vetting the situation to make sure the nanny is doing what she says she will.

Apparently the nanny came with glowing reviews from seven different families she has worked with. She has done a nanny-share before for two infants and is comfortable with doing so again. People in the area were actually jealous that this family managed to snag her because she is so well-known in the area. Cool. So this sounds promising.

So, as is typical for my husband, he got super excited and set up a time for us to meet the nanny (and the other couple) the following day. I knew it was equally important that we not only approve of the nanny, but also of the other couple because I could envision a ton of issues sharing a nanny with someone with very different views than us. And? We liked both of them. First the couple is down-to-earth, relaxed, flexible, and seemed to have (on first glance) no extreme parenting views that would clash with ours.

The nanny is young-ish (in her early 30s), immigrated from El Salvador, energetic, funny, and relaxed. She told us stories of the babies she has cared for before and showed us videos of the babies she has cared for playing and laughing happily with each other (Picture the famous YouTube twins video). One of the things that was important to me was having a bilingual nanny, so we chatted in Spanish for awhile and she seemed surprised and happy to find out this random white lady speaks fluent Spanish. Overall, we really didn't know what questions to ask, but she just "felt right." And most importantly, having such strong recommendations made me feel good. I did ask some things just to feel like I'd checked...such as, yes, she is certified in infant CPR. But basically, it felt good. She told us that she likes to "interview" the families just as much as they interview her, because she wants to feel like she can work with them easily and said she "felt good" about us too.

So....now what? How do you make this kind of decision? Is it irresponsible to choose the first person you meet? How do you know if she's the Right Person? Is there such a thing as the Perfect Nanny? 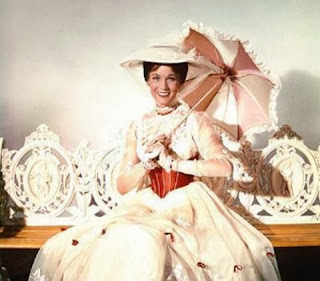 Well, after meeting with her, we went out to dinner with the other couple, to get to know them more and discuss options. During the dinner, I think we were all a bit on a high about meeting such a great nanny and it felt a bit like things got out of control. Before I knew it, B was committing us to this Nanny-Share and I was nodding along, ignoring a feeling in my stomach that maybe we were rushing a bit. And then we split the check and that was that. We officially have a nanny lined up to start in March. She will care for both babies, we pay less than we would for an individual nanny, but she in turn makes more money. She will split the time between our house and theirs (just down the road from our house). And that's it.

Then we got home. And I started freaking out. First, I freaked out because "wait-a-second, we just committed to a nanny for next Spring. What about our potential plans to move next Spring?" Now, we both knew we would likely not be actually moving next Spring, but closer to Spring of 2015, but still. This felt like shutting a door on that plan permanently. As soon as I brought it up, B started apologizing for committing to something without talking it through with me first. But I pointed out that I was nodding happily as he went ahead with it. That didn't stop me from feeling trapped into another year of living in LA. Finally, B said, "worse case scenario, we back out. they already told us they were going ahead with the nanny whether we decided to share or not. we can always just apologize and change our mind." Ok. Even though I didn't feel great about that, at least I didn't feel so trapped. Also, as I said, we both know that it was unlikely we'd move that early anyhow, so I felt better about that.

Then I moved on to my next, and bigger, Freak Out. The is Freak Out is called How Am I Going to Be a Mother AND Have a Professional Life???? Now, you might wonder why hiring a nanny would provoke this Freak Out? I mean, this is something I've been thinking about throughout the whole pregnancy and before...why suddenly was I freaking out on a random Wednesday night because we just hired Mary Poppins? Well. The Nanny's schedule is 8:00 to 5:30. Five Thirty people. Remember, for me, getting home by 6:00 is an early night. I mean, I knew I'd need to change my work schedule, but some things are unchangeable. For instance, I'm required to be at work one night a week until 8:00. I also need to be available for prime, after-school time slots for my clients (all kids, remember) which means seeing clients at 3:00, 4:00, and 5:00. Which puts me home at 7:00 (remember, long commute). At this point I was starting to hyperventilate. How can I be a good mom if I'm never home? How can I be a good mom if I can't even make it in time to pick him up from the nanny? B calmly said he would pick him up, no big deal. But then I'm freaking out because B is automatically the better parent than I am. I suggest maybe we need a nanny to stay later. He points out that wouldn't I rather have our baby be with him than a nanny? Oh right. So, back to me being the less-involved parent. Again, Freaking Out here.

B tries to calm me down by suggesting ways I can flex my schedule which I stubbornly and resolutely quash without even considering them (does anyone else ever do this??). We discuss my original plans to go back part time, but I become pessimistic that it "won't work" and that my job doesn't lend itself well to part time. B suggests maybe not going back to work? I Freak Out again. I want the best of both worlds.

Finally, B leads me into the nursery. He turns on the nightlight and the turtle light that sends stars scattering about the ceiling. He even turns on the soothing white noise owl hanging from the crib (wow, I needed to be soothed like an infant). Then we crawl onto the bed together and he holds me.

And I realized, it will work out. I don't know how, but it will. These are good problems to have. I have a baby coming whom I will love so much I won't want to be away from him and a career I care about so much I'm not willing to give it up. We have the financial flexibility that I can cut back on hours if my boss allows me to do so. Somehow, the stars will align and it will work out. Just as they did with this nanny situation.

So yeah. Let's focus on the positive here. We have a Nanny! I'm 38 weeks pregnant! Eating two bowls of noodles cured my third trimester morning sickness! And....I'm not planning on getting dressed today.