Ok guys, so here is my attempt at Nursery Photos. And by that I mean, I am terrible at taking pictures of indoor spaces. Everything looks so cramped and condensed. Granted, it IS a bit cramped, since we had to combine a guest bedroom and a nursery, but I promise it's not as bad as it looks in photos. Also, after looking at some nursery photos that are so "perfect," I realize ours is not like that. We didn't have much of a theme, except I wanted everything in really bright colors. You will see we went more towards lime greens, blues, and oranges, but there's a bit of everything. So, without further ado, here is our very un-themed, unprofessional Nursery. I think he'll love it :) 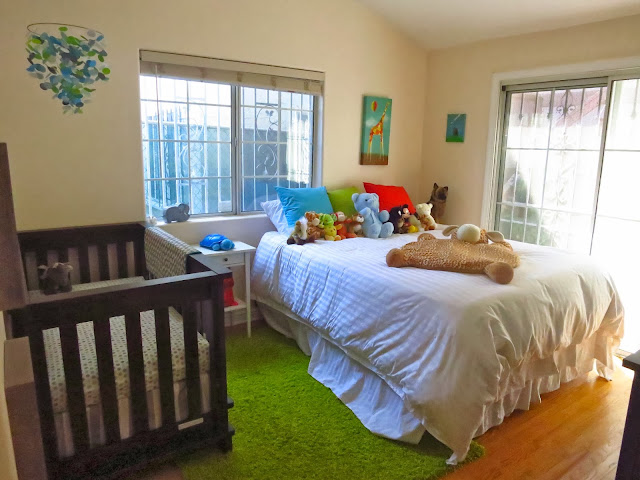 Ok, terrible picture here, but it's the widest angle I got. You can see you the room functions as both nursery and guest room. 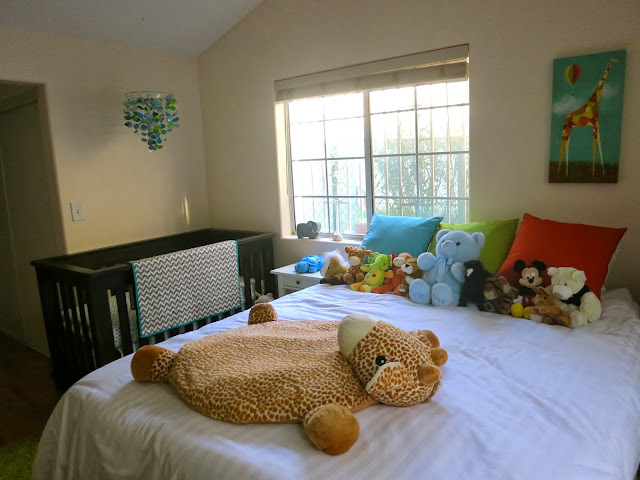 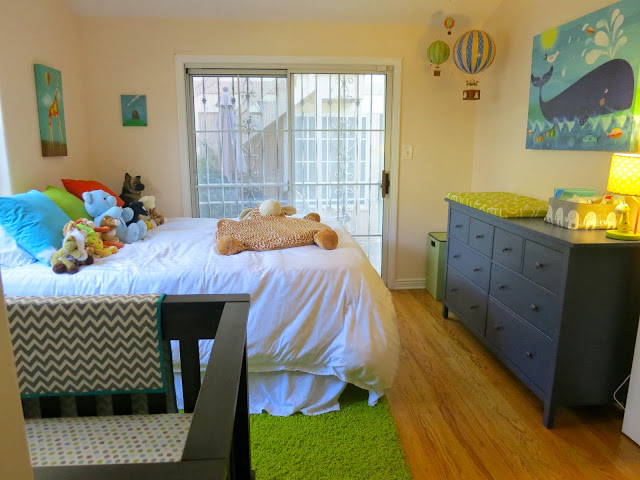 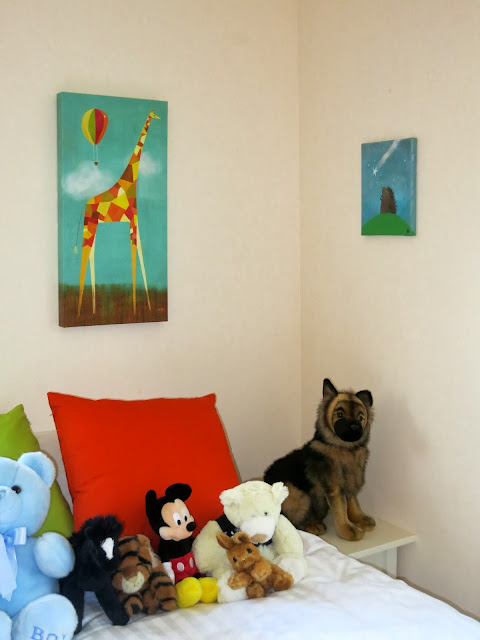 We wanted a little bit of Monte in the room, for after he's gone... 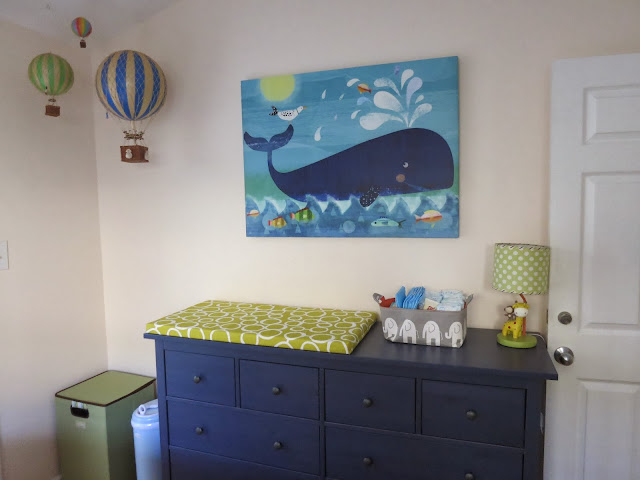 We had these special made. They are hand painted on wood. Again, it's a good thing B is involved to pick out "little boy stuff" or we would have ended up with jungle animals instead of adorable robots. 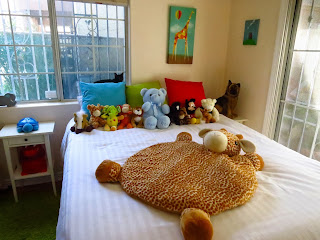 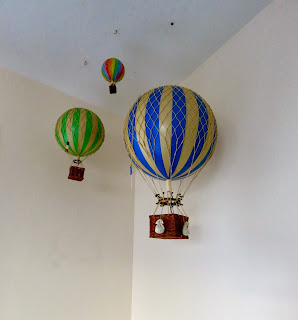 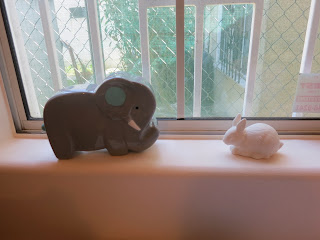 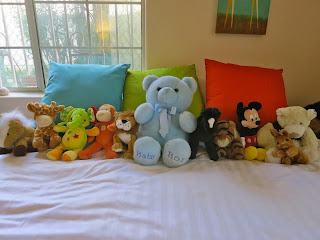 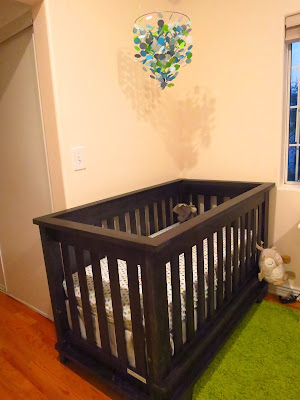 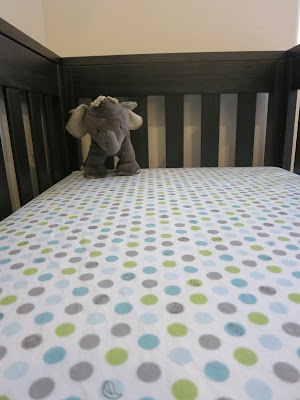 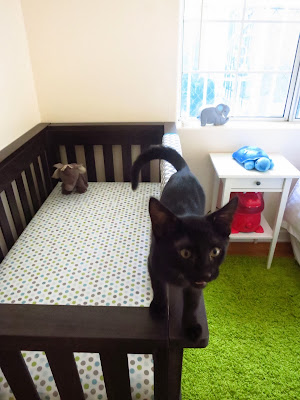 Bear snuck into a photo here... 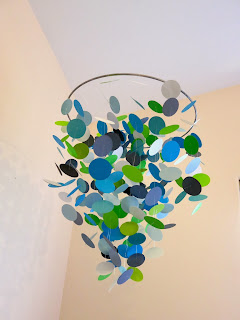 And then, since we had limited space due to the guest bedroom, we decided to convert a space in our living room that had previously been under-utilized as a sitting area. So now, it's a Play Area and place to nurse or rock the baby. 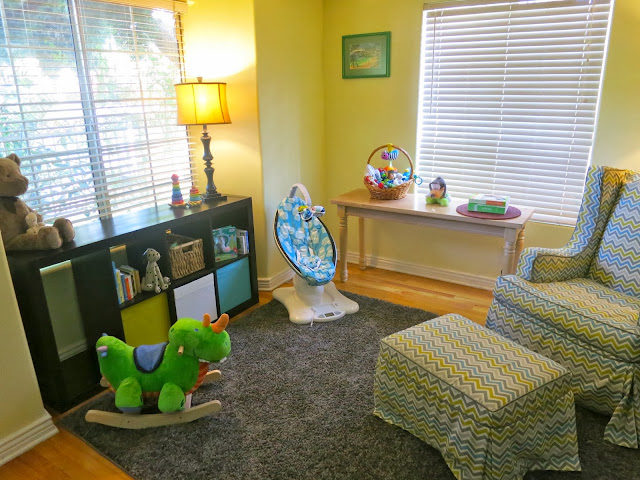 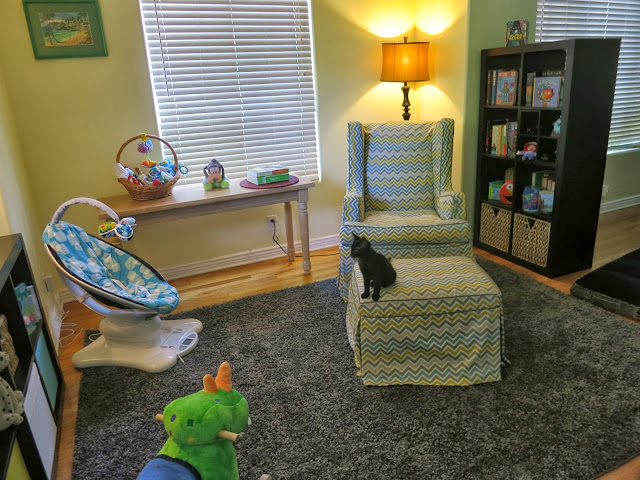 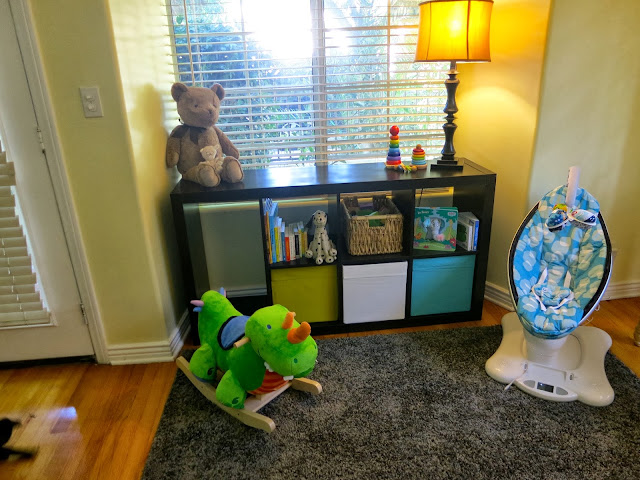 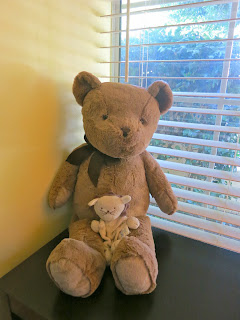 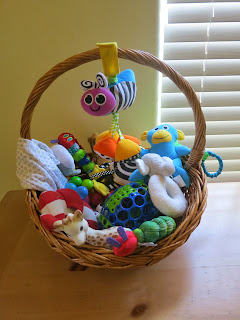 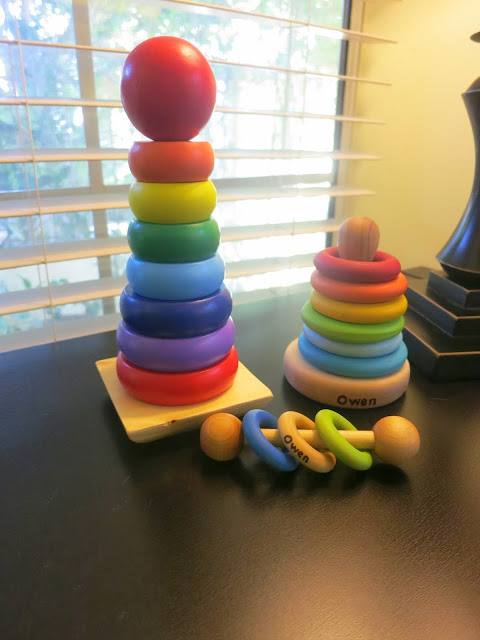 And that's it. Considering it's a rented house (aka no fun painting to be done), I think it turned out pretty well. The rocker is now my favorite place to sit in the evening and blog from and dream about the future. I hope he likes it! 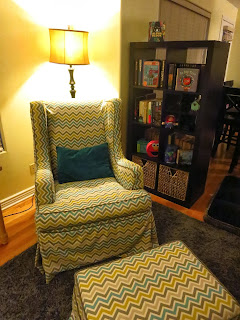